Testimonials
Ragnar is an artist, both as a teacher and as a director. He is on an impassioned and relentless search to discover ways of connecting the actor with his own resources.
(JOANNA MERLIN, Broadway, film, TV actress; author of ‘Auditioning, An Actor Friendly Guide’)
Being in a rehearsal hall or studio with Ragnar is a constant source of clarity and inspiration; it is a keenly observed exploration into the heart of the matter, or certainly somewhere in that vicinity.(BRENT CARVER, actor, Tony Award for ‘Kiss of the Spiderwoman’)
Ragnar is an incredibly generous, curious, and imaginative teacher, who knows how to help illuminate character and motivation and help you move forward as an actor.
(DIANE DAVIS, Broadway and television actress)
Through Ragnar, I found a freedom in my work that I didn’t know was possible. He has completely changed the way I see the craft and who I am in it, and I am the richer for it.
(MIKAELA MARTIN, actress, Australia)
Ragnar’s work, based on the brilliant explorations of Michael Chekhov, is very much his own. He is an excellent listener and willing collaborator and I cannot speak too highly of the man and the teacher.
(MICHAEL HOWARD, actor, director, acting teacher, founder of the ‘Michael Howard Studios’, NYC) 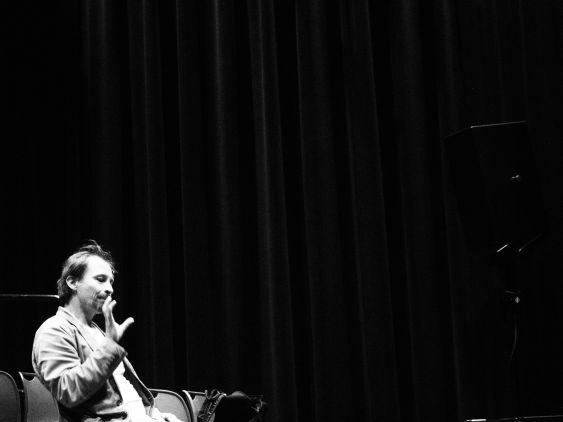 If you are enrolled in the Michael Chekhov Online Course, access the course here